Bridging the Gap celebrates International Day of Persons with Disabilities 2020 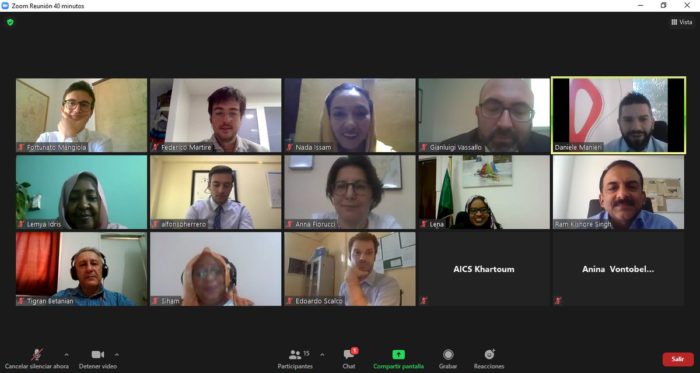 On 3 December, Bridging the Gap joined the celebration of the International Day of Persons with Disabilities (IDPWD), which theme this year was “Building Back Better: toward a disability-inclusive, accessible and sustainable post COVID-19 World”, through different activities around the world.

At the Global level, the project launched the photobook ‘A Celebration of Humanity‘ which aims to combat stereotypes by portraying the many facets and identities of persons with disabilities to celebrate diversity as a resource for the whole of humanity. This project is the result of over a month of travels and fieldwork by photographer Christian Tasso to three Bridging the Gap’s partner countries: Ecuador, Ethiopia and Paraguay.

More than 100 people with different types of disabilities, ages and social backgrounds portrayed have been summarized in 42 photographs and testimonies in a bilingual book in English and Spanish. A work supported by the European Commissioner for International Partnerships Jutta Urpilainen through a foreword, and which also includes accessible versions for blind and visually impaired persons and easy-to-read versions in English and Spanish.

At the field level, the project participated in several activities held on 3 December to commemorate the International Day of Persons with Disabilities. In Sudan, Bridging the Gap organised and facilitated, in collaboration with the Italian Agency for Development Cooperation (AICS) office in Khartoum and the Italian Embassy, the second official meeting of the Group of Friends of People with Disabilities (GFPD).

The meeting, held online in compliance with COVID-19 security measures, was attended for the first time by the Federal Minister of Labour and Social Development, H.E. Ms. Lena el-Sheikh Mahjoub, who endorsed the initiative and participated in the discussion along with representatives of the international community from the Italian Embassy, the Spanish Embassy, the European Union Delegation, the United Nations Industrial Development Organization (UNIDO), the International Committee of the Red Cross (ICRC), AICS, the German development cooperation agency GIZ, and FIIAPP, as well as civil society representatives from NGOs, Organisations of Persons with Disabilities (OPDs) and the private sector.

They all conveyed the adoption of a Joint Action Plan to “identify” the participants of the Group and agreed to operate through a Technical Working Group (TWG) composed of experts indicated by each participant in charge of elaborating an operative proposal to be presented to the group at the next General Meeting. In addition, the TWG indicated two main areas on which it will focus, namely, inclusive access to employment and social protection, which are generally recognized as priority areas for the country, especially considering its particularly challenging socio-economic context.

In Ecuador, on 3 December, an awareness-raising cartoon TV series was presented at the National Council for Equality of Persons with Disabilities (CONADIS) headquarters at an event attended by Xavier Torres and Pilar Merizalde, Government Councillor and President and Technical Secretary of CONADIS, respectively; Montserrat Craemer, Minister of Education; Rafael Ruipérez Palmero, Acting General Coordinator of the Spanish Agency for International Development Cooperation (AECID) in Ecuador (online); Gustavo Salvador, ICRC Field Officer; and Yolanda Viera, Vice-President of the National Federation of Ecuadorians with Physical Disabilities (FENEDIF).

The series ‘Teo y Bujía vs. COVID 19‘ has been produced upon the request of CONADIS and is part of the Bridging the Gap contingency plan against the pandemic in Ecuador. It consists of five episodes and will be broadcasted from January through the Ecuadorian Ministry of Education’s programme on more than 100 national television channels.

Finally, a video on the Convention on the Rights of Persons with Disabilities (CRPD) was launched in Paraguay. The video was produced within the framework of Bridging the Gap and explains what this human rights instrument consists of and how it has been adopted in Paraguay.