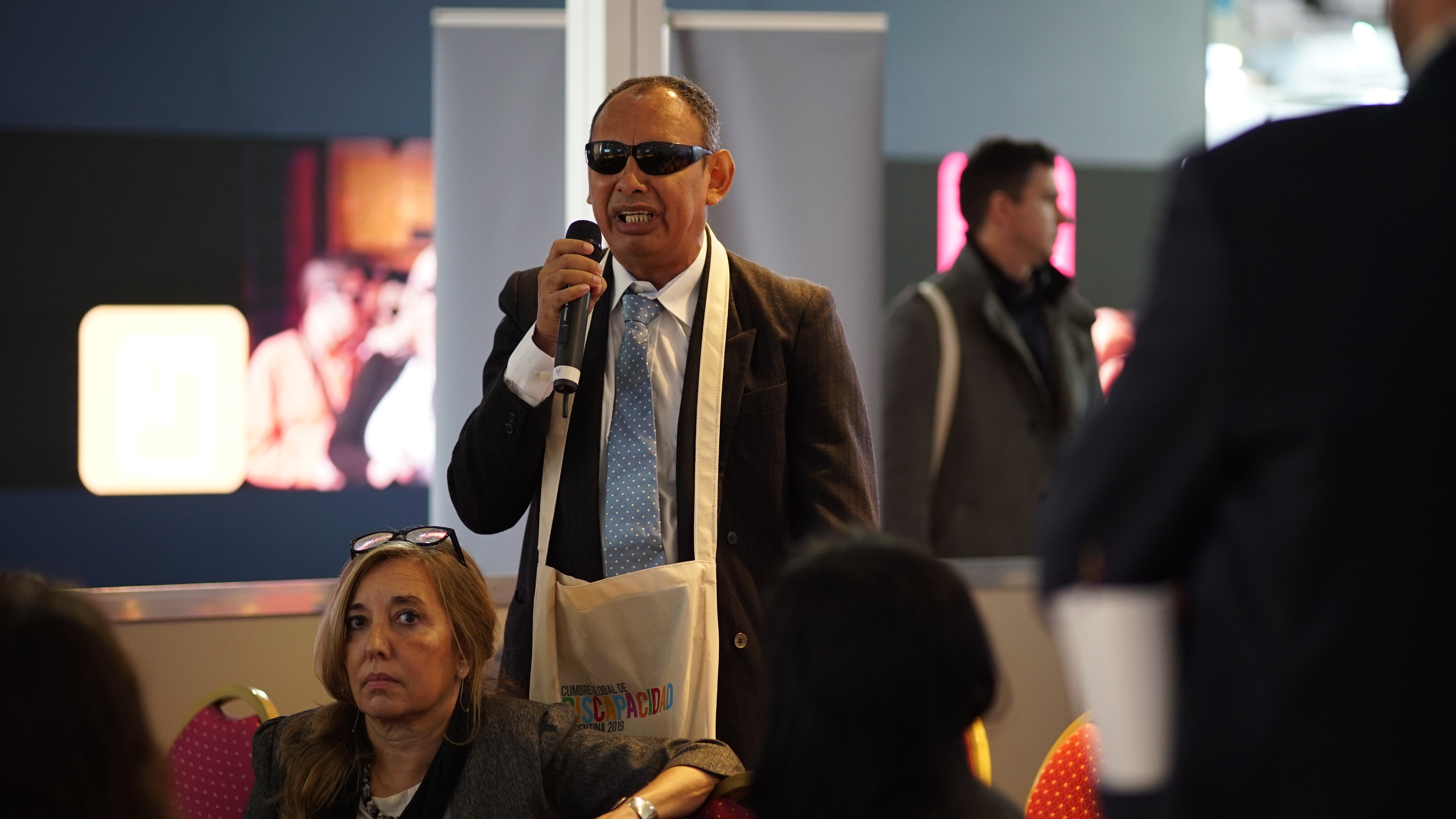 On occasion of the Global disability Summit 2019, celebrated in Buenos Aires, Argentina, from 6 to 8 June, Bridging the Gap organised the side event ‘Migration and disability’ to highlighted the situation of one of the most vulnerable groups in society. The event took place on 6th June and it was organised together with International Disability Alliance (IDA), the Latin American Network of Non-Governmental Organizations of Persons With Disabilities and their Families (RIADIS), the Mexican Coalition for Persons with Disabilities (COAMEX), and Human Right Watch.

The session was opened with the intervention of keynote speakers who put at the centre of the debate the situation of migrants with disabilities from different angles. While IDA Chair, Ana Lucía Arellano, reviewed the global context of persons with disabilities in migratory status and refugee applicants, and the Secretary for Human Rights of the Latin American Blind Union (ULAC), Dean Lermen, talked about stateless, displaced and migrants in a wider perspective, the president of the Venezuela Deaf Confederation, Juan Ángel de Gouveia and the Technical Secretary of COAMEX, Guillermo Hernández, focused on the implications on people with disabilities of the migratory phenomenon in Venezuela and the regional context Mexico-Central, respectively.

Following the keynote speeches, a roundtable discussion between Natalia Guala from Fundación ONCE, Virginia Tedeschi from Eurosocial+, Miguel Ángel Lombardo from Evalúa and Lady Bermúdez from JICA, took place. They discussed the needs and challenges that persons with disabilities face in migration contexts, the action lines the governments should promote to guarantee the attention and full exercise of their rights, and the aspects to be considered in the development of protocols for the comprehensive care of migrants with disabilities, among others.

Lack of data was a common issue raised during the whole session. There are 258 million international migrants in the world (UN, 2017), of which it is estimated that between 2.3 and 3.3 million are persons with disabilities according to 2015 estimates of the UNHCR. However, there are no official records that indicate the number of people with disabilities in international migration contexts and in 2016 the European Agency for Fundamental Rights recognized a lack of formal procedures for the identification of migrants with disabilities, which entails a difficulty of planning on the part of the reception services.

As a result of the session, a declaration on the protection of the human rights of persons with disabilities in conditions of migration, asylum, refuge and forced displacement, was drafted in order to demonstrate their concerns and express their solidarity with this group. This document also urge the Governments to guarantee measures to protect and safeguard the human rights of migrants with disabilities such as the generation of a joint strategy with International Organizations for the collection of disaggregated data and statistical information on migrants, asylees and refugees, from an age, gender and disability perspective that makes it possible to visualize the inter-relations between different groups of the population.