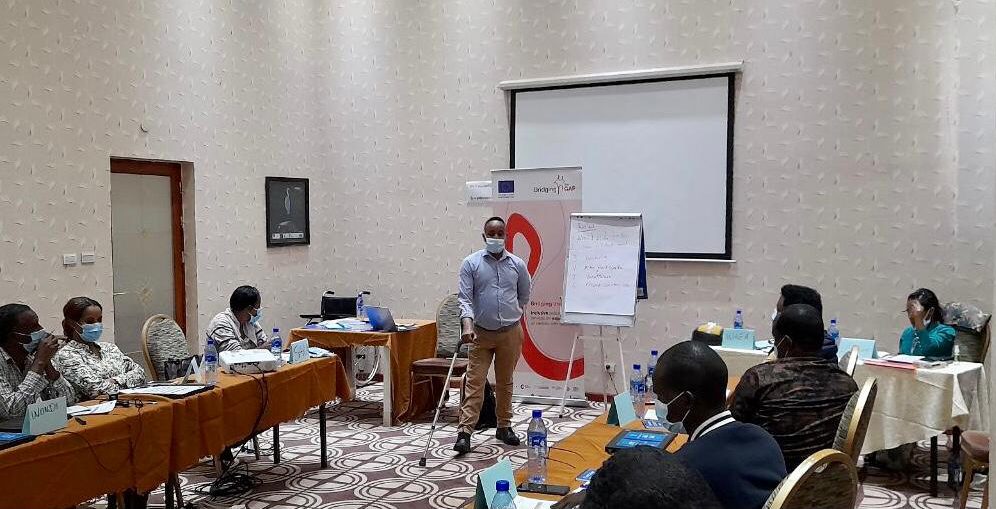 From 14-18 December, Bridging the Gap team in Ethiopia conducted a four-day Training of Facilitators (ToF) on disability mainstreaming for World Food Programme (WFP)  staff in Ethiopia to increase its capacity to deliver cascade Disability Equality Training (DET) in all WFP’s areas.

The ToF was held in Addis Ababa and brought together 14 participants, 5 of whom were women, from different regions of the country, including Bridging the Gap implementation regions Somali and Amhara, as well as Gambella, Afar, Oromia, Tigray, Dire Dawa city administration, and the WFP country office.

The intervention is one of Bridging the Gap Ethiopia’s efforts to build and strengthen the capacities of development partners staff to include persons with disabilities in mainstream development cooperation towards the Sustainable Development Goals in a way that is consistent with the United Nations Convention on the Rights of Persons with Disabilities.

“The training should be cascaded to all WFP staff. Thus, those who have received this training of facilitators will be in charge of providing Disability Equality Training to the rest of the WFP staff”, stressed the protection officer in the Country Office.

From now on, the WFP office in Ethiopia will take into account, for example, that the needs of refugees with disabilities are highly considered during food distribution and that food distribution points are accessible.

The training of facilitators was described as a new, unique and instrumental way to be used in community awareness-raising works by the participants, who committed themselves to include persons with disabilities in every WFP activities in Ethiopia.